Page 67
67 sort of spire or shrine on his head . They are used , it appears , as a sort of hatchment , being erected on the death of wealthy Hindoos , near their dwelling - houses , but differing in this respect from hatchments , are generally ...
Page 188
He appears , however , to have received considerable encouragement from the English families , and I apprehend that a Church Missionary establishment of the same sort , would find the situation by no means a bad oue . July 5.
Page 363
A set of little naked boys suspended their play at a sort of prison - bars , and came near to look at me ; the two camels , which I had passed , came slowly up the street , and a little boy smartly dressed , and mounted on a very pretty ... 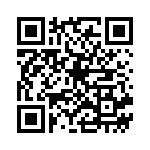