Page
Now these indications certainly show that the record contained in the Books of
Chronicles ; from the successive books were regarded as forming part of one
occurrence of expressions ( as “ unto this day , ” in 1 Kings history , and that the ...
Page
The records , when we remember the great honour in which Jeremiah again , of
the careers of the prophets ... handed down by oral trapendence , would be led to
preserve the record of its long dition , before they were committed to writing .
Page 1
Ilu Il lities which is e records of the by the eurias he Taberna nataraliri Israel's in
cord of its in levotion to the any ... and on the special sin of Ahab , record of facts ;
on typical characters of good and which drew down similar destruction on the ...
Page 2
Napaleitouévwv ( " things omitted ” ) , given in the LXX . toric record itself . to the
Chronicles , as to make them a commentary , an illustration , and a supplement of
the older work . The Sapiential Books . — But plainer illustration But each has its
...
Page 3
When it is MICAH , who , indeed , gave the signal for it ( see Jer . read through
the extraordinary monumental records xxvi . 8 ) , and in whom first Messianic
prophecy becomes of Egypt , Assyria , and Babylou — the discovery and clear
and ...
Next »

Page 117 - Are not Abana and Pharpar, rivers of Damascus, better than all the waters of Israel? May I not wash in them, and be clean?
Appears in 845 books from 1735-2008
Page 83 - And he said, I have been very jealous for the LORD God of hosts : for the children of Israel have forsaken thy covenant, thrown down thine altars, and slain thy prophets with the sword ; and I, even I only, am left ; and they seek my life, to take it away.
Appears in 736 books from 1698-2008
More
Page 118 - And he returned to the man of God, he and all his company, and came, and stood before him: and he said, Behold, now I know that there is no God in all the earth, but in Israel: now therefore, I pray thee, take a blessing of thy servant.
Appears in 461 books from 1799-2008
Page 36 - Yet have thou respect unto the prayer of thy servant, and to his supplication, O Lord my God, to hearken unto the cry and to the prayer, which thy servant prayeth before thee...
Appears in 760 books from 1735-2008
Page 21 - And he spake of trees, from the cedar tree that is in Lebanon even unto the hyssop that springeth out of the wall: he spake also of beasts, and of fowl, and of creeping things, and of fishes.
Appears in 833 books from 1800-2007
Page 82 - And the angel of the Lord came again the second time, and touched him, and said, Arise and eat; because the journey is too great for thee. And he arose, and did eat and drink, and went in the strength of that meat forty days and forty nights unto Horeb the mount of God.
Appears in 560 books from 1800-2008
Page 325 - And thou, Solomon my son, know thou the God of thy father, and serve him with a perfect heart and with a willing mind : for the LORD searcheth all hearts, and understandeth all the imaginations of the thoughts: if thou seek him, he will be found of thee; but if thou forsake him, he will cast thee off for ever.
Appears in 791 books from 1730-2008
Page 113 - Is it well with thee ? is it well with thy husband ? is it well with the child ? And she answered, .It is well.
Appears in 457 books from 1730-2008
Page 80 - Then the fire of the LORD fell, and consumed the burnt sacrifice, and the wood, and the stones, and the dust, and licked up the water that was in the trench. And when all the people saw it, they fell on their faces: and they said, The LORD, he is the God; the LORD, he is the God.
Appears in 801 books from 1730-2008
Page 21 - And Solomon's wisdom excelled the wisdom of all the children of the east country, and all the wisdom of Egypt. For he was wiser than all men; than Ethan the Ezrahite, and Heman, and Chalcol, and Darda, the sons of Mahol : and his fame was in all nations round about.
Appears in 437 books from 1730-2007
Less 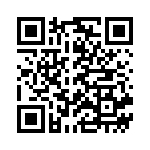