Richard F. Hamilton is Professor Emeritus of Sociology and Political Science and Research Associate of The Mershon Center at Ohio State University. He is co-editor, with Holger Herwig, of The Origins of World War I (Cambridge, 2003). His previous books include Who Voted for Hitler? (1982) and The Bourgeois Epoch (1991).

Holger H. Herwig is Professor of History and Canada Research Chair in Military and Strategic Studies at the University of Calgary. Among the many books he has written are Biographical Dictionary of World War I (1982), co-authored with Neil M. Heyman, The First World War (1997), and The Destruction of the Bismarck (2001). 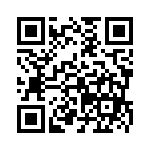