The emperor of nature: Charles-Lucien Bonaparte and his world

Patricia Tyson Stroud is an independent scholar who lives in Pennsylvania. She is the author of Thomas Say, New World Naturalist and The Man Who Had Been King: The American Exile of Napoleon's Brother Joseph, also published by the University of Pennsylvania Press. She is former editor of Frontiers, the annual publication of the Academy of Natural Sciences of Philadelphia. 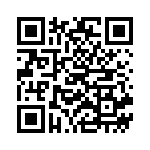