Page 18
The offence is said to have been committed while Popov was deputy foreign
minister in charge of cultural affairs , a post in which he was installed with
Zhivkova's backing . Peko Takov was removed from the Politburo , according to
BTA , " at ...
Page 28
his brother - in - law , Kadri Hashiu , former interior minister and now defence
minister , removed from their positions . They remain , however , in them ,
Furthermore , Shehu has been succeeded as prime minister by a man who , all
the ...
Page 7
Ceausescu again reshuffles his ministers 1982 , Less than six months after the
preceding ministerial changes ( QER No. ... Gheorghe Stoica lost his position as
a deputy prime minister and two new deputy prime ministers , Ion Nicolae and ... 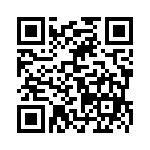