Marcus Gardley is a poet and playwright. He is the author of many plays including The House that Will Not Stand, The Gospel of Loving Kindness, and The Road Weeps, the Well Runs Dry. He was the 2012 James Baldwin Fellow and the 2011 PEN Laura Pels award winner for Mid-Career Playwright. 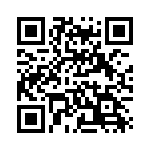