Page 255
( Kosovo ) roots , living among a Tosk majority . If the past is any guide , Ghegs
do not fare well in communist Albania . professional soldiers like Veli Lekaj (
former chief of the defense staff ) , who reportedly was executed along with
Hazbiu and ...
Page 334
10 members : * Konstantin U . Chernenko ( general secretary ) , * Mikhail S .
Gorbachev ( party organization , foreign affairs , and agriculture ) , * Grigori V .
Romanov ( defense industry , bloc affairs , and internal security ) , * Vladimir I .
Dolgikh ...
Page 358
Defense Minister Ustinov , whose scheduled visit in early February had been
postponed due to An - dropov ' s final illness , arrived in New Delhi on 5 March (
Pravda , 6 March ) for talks with Prime Minister Gandhi and Defense Minister ... 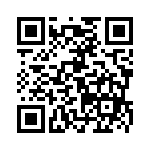