Page 282
The Ninth Congress of the HSWP , held in November 1966 , eliminated the
category of candidate membership in the party , and as a result , during the first
two months of 1967 , party organizations screened 37,957 candidate members .
Page 522
According to Ong Chang San , the officials had been , and still were ,
corresponding with “ well - known Communists overseas , ” as well as
Communists under detention , with the result that Barisan Sosialis policies were “
being determined by ...
Page 886
We recognize that when attempts have been made in a dogmatic way to limit the
scope of scientific investigation , to determine as foregone conclusions theories
that could not be established as a result of research , debate and experiment , as
...

38 other sections not shown 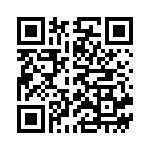