Page 9
4 The process , the sustained procedure ( vicāro ) , the progress and access [ of
the mind ] which on that occasion is the [ continuous ] adjusting and focussing of
thought 5 — this is the sustained thought that there then is . [ 9 ] What on that ...
Page 48
Wher , that he may attain to the heavens of Form , he cultivates the way [ thereto )
, and so , by earth - gazing , enters into and abides in the Second Jhāna ( the
second rapt meditation ) wherein is no application of mind , but only of sustained
...
Page 156
... mental property , 5 disconnected with thought , neither moral result nor
productive of it , not vicious yet belonging to the Vices , not applied and sustained
thinking , 8 not “ applied , but only sustained thinking ” , neither “ applied nor
sustained ... 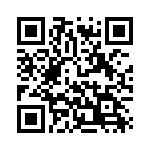