from litetary view, one would be able to comment on precept with indepth overview and thorough and sufficient information, with little access provided by provider, one is with view of better and printable copy to be able to give an overview on one on ground, background information from operators and impacted villagers. to be true to writter most user friendly edition would be appreciable to organisation as our, been NGO with local participation as foremost drive. Tunji 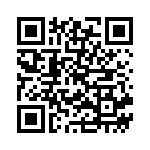