Christos Mylonas is a political analyst, whose work and academic interests have revolved around the issues of nationalism, ethnicity and conflict resolution, with a focus on the area of the former Yugoslavia. A graduate of the University of London, he has taught at SSEES/UCL, participated in OSCE electoral missions in the Balkans, commented for the BBC World Service and collaborated with the United Nations (DPA/Americas and Europe Division) in New York 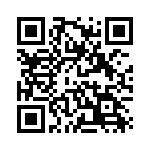