Educated at Cairo University and Durham University, Gëzim Alpion lectured at the Universities of Huddersfield, Sheffield Hallam, and Newman prior to his appointment in 2002 in the Department of Sociology at the University of Birmingham. He joined the Department of Political Science and International Studies in 2010 and the Department of Social Policy, Sociology and Criminology in 2016.
Gëzim's specializations encompass the sociology of religion, nationalism, fame, race, media, film and authorship. He is considered 'the most authoritative English-language author' on St Teresa of Calcutta and 'the founder of Mother Teresa Studies'.
In his recent publications Gëzim has explored the concept of charism/a from a sociological and public theology perspective, Enoch Powell's populist rhetoric in the context of the eugenics discourse, and the reasons for the absence of modern spiritual icons in celebrity studies.
Gëzim is currently developing the idea of 'fame capital' as a variable in an intranational and international context, examining 'The Dark Night of the Soul' phenomenon from a sociological perspective, and exploring the role of religion in fabricating national identity. 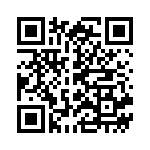